With echoes of Toni Morrison's Beloved, Yejidé's novel explores a forgotten quadrant of Washington, DC, and the ghosts that haunt it.

River Bend is delighted to host a virtual event celebrating the release of Creatures of Passage by Morowa Yejidé.  This virtual event will feature Morowa Yejidé and Tananarive Due in conversation with Mary Kay Zuravleff. Don't miss this master class in magical realism, horror, and contemporary Black literature with these award-winning writers.

Registration is required, and space is limited.  Tickets available through Eventbrite by clicking ticket options below.

ABOUT CREATURES OF PASSAGE:

It is set in 1977, and the District of Columbia is here labeled "the capital" and is surrounded by the Kingdoms of Maryland and Virginia, which are in turn parts of the “united territories” presided over by a succession of elected kings.

In the city’s Anacostia section, “an isle of blood and desire…where all things lived and died on the edges of time and space and meaning,” Nephthys Kinwell operates a kind of supernatural jitney service, showing up, at times unbidden, in her rickety Plymouth Belvedere to take the community’s lonely, wayward, or forsaken wherever they want to go. Even through the car’s rattling, her passengers can hear the ghost of a White woman tapping or shifting around in the trunk. But apparently everybody living in this alternate universe is accustomed to dead people hanging around the neighborhood.

Among the more restless of those spirits is Osiris, Nephthys’ twin brother, pursuing revenge on the White racists who murdered him and dumped his body in the Anacostia River. He's worried about his daughter, Amber, who's visited by dreams of the near future and regularly submits her obliquely worded prophecies to the local Black newspaper. Meanwhile, Amber’s young son, Dash, is also seeing things: a “make-believe man" by the river and, worse, a not-so-make-believe act of molestation he witnessed by accident in a school utility closet; he’s sure he’s spoken to the former while he’s still not certain he saw the latter. But the molester, whose name is Mercy, is certain he saw Dash see him.

Before long, both mystic visions and real-life horrors converge into a sequence of disquieting revelations from the past and alarming prospects for calamity in the future unless Nephthys and her own spiritual powers can set in motion the hard, necessary work of placating the dead and rescuing the living. - Kirkus 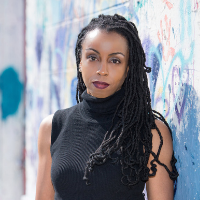 ABOUT MOROWA YEJIDÉ: a native of Washington, DC, Morowa is the author of the critically acclaimed novel Time of the Locust, which was a 2012 finalist for the PEN/Bellwether Prize, long-listed for the 2015 PEN/Bingham Prize, and a 2015 NAACP Image Award nominee. She lives in the DC area with her husband and three sons. Creatures of Passage is her second novel. 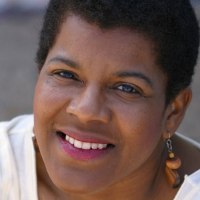 TANANARIVE DUE: is an award-winning author who teaches Black Horror and Afrofuturism at UCLA. She is an executive producer on Shudder's groundbreaking documentary Horror Noire: A History of Black Horror. She and her husband/collaborator Steven Barnes wrote "A Small Town" for Season 2 of "The Twilight Zone" on CBS All Access. A leading voice in black speculative fiction for more than 20 years, Due has won an American Book Award, an NAACP Image Award, and a British Fantasy Award, and her writing has been included in best-of-the-year anthologies. Her books include Ghost Summer: Stories, My Soul to Keep, and The Good House. She and her late mother, civil rights activist Patricia Stephens Due, co-authored Freedom in the Family: a Mother-Daughter Memoir of the Fight for Civil Rights. She is married to author Steven Barnes, with whom she collaborates on screenplays. They live with their son, Jason, and two cats. 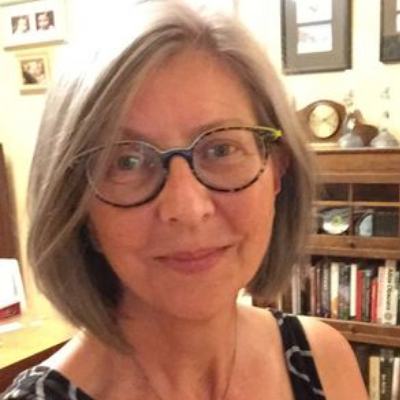 MARY KAY ZURALEFF (moderator) is the author of Man Alive!, a Washington Post Notable Book, as well as The Bowl Is Already Broken and The Frequency of Souls. All three were published by Farrar, Straus & Giroux. Man Alive! was praised by People magazine for its "impressive intelligence and sly humor" and was a popular book club selection. The Bowl Is Already Broken, which begins with a Chinese bowl tumbling down the marble steps of a fictionalized Asian art museum on the National Mall, was inspired by her years as the senior editor of the Smithsonian's National Museum of Asian Art. The New York Times deemed that novel "a tart, affectionate satire of the museum world's bickering and scheming." And The Frequency of Souls, which won the Rosenthal Award from the American Academy of the Arts and the James Jones First Novel Award, was touted by the Chicago Tribune as "a beguiling and wildly inventive first novel."

Mary Kay is a founder of NoveltyDC, which offers manuscript consultations and private coaching. She has taught writing at American University, Johns Hopkins University, and George Mason University, and she has written and edited extensively for the Smithsonian Institution. She was a cofounder of the DMV Women Writers, a previous DC-area Ambassador for the Authors Guild, and a Director Emeritus of the PEN/Faulkner Foundation. She lives in Washington, D.C., and has been a recipient of Artist Fellowships from the DC Commission on the Arts every year for the last ten years, including for 2021.

Time of the Locust (Paperback)