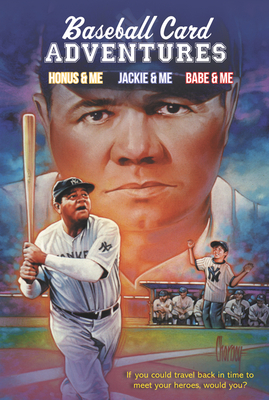 Three fan favorites from the sensational Baseball Card Adventures series, which has sold more than 2 million books, are now together in one box set!

Twelve-year-old Joe "Stosh" Stoshack has an amazing ability. He can travel through time using baseball cards!

With the help of his power, Joe heads back to meet some of the greatest baseball players of all time. Whether it’s seeing Babe Ruth’s famous “called shot” home run up close, asking Jackie Robinson what it was like to break baseball’s color barrier, or watching Honus Wagner play in the 1909 World Series, Joe gets right to the heart of baseball’s biggest moments.

With black-and-white photographs and stats throughout the books, plus back matter separating fact from fiction, New York Times bestselling author Dan Gutman’s Baseball Card Adventures bring some of the greatest players in American history to life.

This box set includes three favorites from the series: