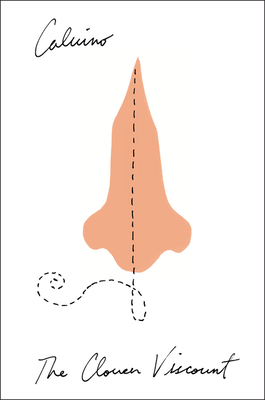 In this fantastically macabre tale, the separate halves of a nobleman split in two by a cannonball go on to pursue their own independent adventures

In a battle against the Turks, Viscount Medardo of Terralba is bisected lengthwise by a cannonball. One half of him returns to his feudal estate and takes up a lavishly evil life. Soon the other, virtuous half appears. When the two halves become rivals for the love of the same woman, there’s no telling the lengths each will go to win.Now available in an independent volume for the first time, this deliciously bizarre novella is Calvino at his most devious and winning.

ITALO CALVINO (1923–1985) attained worldwide renown as one of the twentieth century’s greatest storytellers. Born in Cuba, he was raised in San Remo, Italy, and later lived in Turin, Paris, Rome, and elsewhere. Among his many works are Invisible Cities, If on a winter’s night a traveler, The Baron in the Trees, and other novels, as well as numerous collections of fiction, folktales, criticism, and essays. His works have been translated into dozens of languages.