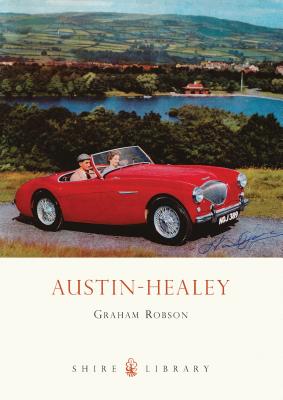 One of the sensations of the 1952 Motor Show was a two-seat sports car built by Donald Healey at a small factory in Warwick in the English Midlands. Before the show was over Leonard Lord, head of the British Motor Corporation (BMC) had struck a deal with Healey to mass produce the car, and the Austin-Healey was born.
This car, the 100, took both the British and US markets by storm. A beautiful, brutish car, it was what many sporting motorists had been waiting for, and its use of many standard BMC components made it relatively affordable.

In 1956 the four-cylinder engine of the 100 was replaced with the Austin C-series six-cylinder unit, creating the 100-6, and in 1959 this car was developed into the most famous Healey of them all - the 3000, that was as successful on the rally stage as it was loved on the open road.

Collectively the 100 and 3000 have become known as the Big Healeys, but as this name suggests, there was a corresponding 'small' Healey, and this car, the Sprite, was launched in Monte Carlo in 1958. Designed around the major mechanical components of the Austin A35, the Sprite set out to recreate the market for the cheap 'everyman's' sports car that hadn't existed since the 1930s. Distinguished by the headlights that protruded from the bonnet, the Sprite was soon nicknamed the Frogeye in Britain, or the Bugeye in the US. It was a big success, and remained in production until 1971, albeit in more conventionally styled form from the Mark 2 onwards.

Written by one of the foremost historians of the British motor industry, this book presents a concise history of Austin Healey, and the marque's success on road and track. Illustrated throughout, it will appeal to all lovers of this, the quintessential British sports car manufacturer.

Graham Robson has been a motoring writer for many years and has always been attracted to the study of motoring history. After training as an automotive design engineer, he ran the Triumph motor sport department in the 1960s before joining Autocar magazine. He has now written more than a hundred books, including a history of the Austin-Healey 100 and 3000.