The Best Transportation System in the World: Railroads, Trucks, Airlines, and American Public Policy in the Twentieth Century (Paperback) 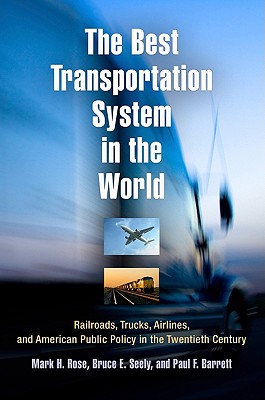 The Best Transportation System in the World focuses on the centrality of government in organizing the nation's transportation industries. As the authors show, over the course of the twentieth century, transportation in the United States was as much a product of hard-fought politics, lobbying, and litigation as it was a naturally evolving system of engineering and available technology.

For example, in the mid-1950s, President Eisenhower, concerned about a railroad industry in decline, asked Congress to grant railroad executives authority to modify prices and service even as he introduced the legislation that provided for the national highway system. And as early as the 1960s, presidents across the political spectrum, including Johnson, Nixon, Ford, and Carter, sought broad deregulation of the transportation industry in order to prime the economic pump or, in the 1970s, reverse stagflation. At every turn, the authors contend, political considerations served to shape the businesses and infrastructure that Americans use to travel.