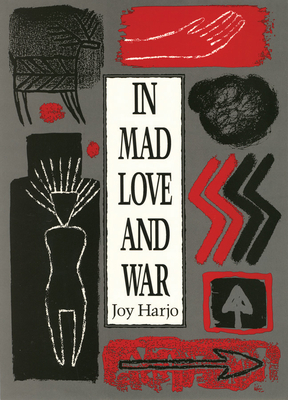 Sacred and secular poems of the Creek Tribe.

Joy Harjo is a powerful voice for her Creek (Muscogee) tribe (a stolen people in a stolen land), for other oppressed people, and for herself. Her poems, both sacred ad secular, are written with the passions of anger, grief, and love, at once tender and furious. They are rooted in the land; they are one with the deer and the fox, the hawk and the eagle, the sun, moon, and wind, and the seasons - spring/ was lean and hungry with he hope of children and corn. There are enemies here, also lovers; there are ghost dancers, ancestors old and new, who rise again to walk in shoes of fire.

Indeed, fire and its aftermath is a constant image in the burning book. Skies are incendiary; the smoke of dawn turns enemies into ashes: I am fire eaten by wind. Your fire scorched/ my lips. I am lighting the fire that crawls from my spine/ to the gods with a coal from my sister's flame.

But the spirit of this book is not consumed. It is not limited by mad love or war, and there is something larger than the memory/ of a dispossessed people. That something larger is, for example, revolution, freedom, birth.

JOY HARJO became the first Native American to be named Poet Laureate of the United States in 2019. She is associate professor of English at the University of Arizona, an editor, a screenwriter, and a player of tenor sax. A member of the Creek (Muscogee) tribe, he was born in Tulsa, Oklahoma, and grew up in that state and in New Mexico. She attended the Institute of American Indian Arts in Santa Fe, where she later was an instructor, and was graduated from the University of New Mexico (B.A. 1976) and the University of Iowa (M.F.A. 1978). She was assistant professor at the University of Colorado fro 985 to 1988. HARJO has published two other books of poetry, What Moo Drove Me To This? And She Had Some Horses, and a chapbook, The Last Song. Secrets from the Center of the World (with her text and photographs by Stephen Strom) was published in 1989, and a taped recording of her poetry, Furious Light, was issued in 196 by the Watershed Foundation. She has received an Academy of American Poetry Award at the University of New Mexico, an NEA Creative Fellowship (1978), an EA summer stipend at the University of Arizona (1978), and an Arizona Commission on the Arts Creative Writing Fellowship (1989). She won firs place in poetry at the Santa Fe Festival for the Arts (1980). Harjo also earned the Oklahoma Center for the Book's Arrell Gibson Lifetime Achievement Award. Her home is in Tucson.