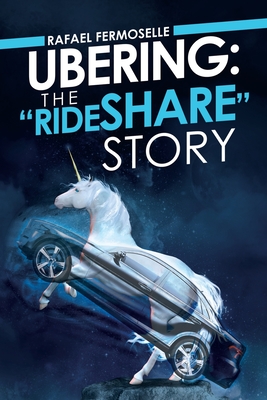 There are a few creations that have become "products," because they became dominant in the market, and synonymous with an entire product category. Genericized names include Frigidaire, which became synonymous with "refrigerator," Xerox, which became synonymous with "photocopying," and Kleenex, which became synonymous with "tissues." That has been the case with Uber, which has become identical with "rideshare." Despite rapid growth since 2010, Uber has not become profitable, is carrying a cumulative loss of over $15 billion, as of November 2019, and it is doubtful if it will ever become profitable. Despite becoming an "eponym," a key component of the gig economy, and inspiring numerous copycats, there is no guarantee that Uber will be able to generate an adequate return on investment, and remain in business. The concept has fatal flaws that impair its legal soundness. In the end, consumers and society determine if any business succeeds or fails. Government regulations are largely non-partisan, and exist to protect society, the general welfare, and the free enterprise system. Uber and the ride-share concept may be plowed under by regulations that exist to protect the public interest. However, regulations sometimes backfire and cause unintended consequences.

Dr. Fermoselle is a retired U. S. Foreign Service Ofcer and author of several books. He has worked in one capacity or another for Uncle Sam for 51 years, including twenty+ years as a contractor for the U.S. Department of Defense. Dr. Fermoselle was a System of Systems Analyst (SOSA) instructor at the Standing Joint Forces Headquarters (SJFHQ-CET/S), at the U.S. Joint Forces Command (USJFCOM), which was tasked with development of Effects Based Operations (EBO). He participated in TASK FORCE IV (Reconstruction of Iraq), in support of the U.S. Central Command (USCENTCOM), in advance of the invasion in 2003, and in the training to stand up SOSA cells at the U.S. Pacic Command (PACOM), U.S. Southern Command (SOUTHCOM), U.S. European Command (EUCOM) and U.S. Northern Command (NORTHCOM) during 2003 and 2004. From 2004 to 2007, he worked at the US European Command (USEUCOM) in Stuttgart, Germany, where he was a member of the SOSA team, and the Strategy, Policy and Assessments Directorate, Effects Assessment Cell. In 2007 he worked at DIA's CNT-4 (counternarcotics), and deployed to Iraq in 2008 as a Senior Social Scientist with the U.S. Army Human Terrain program. In 2009-2010 he authored a book-length paper on Methodology for Analyzing Insurgency: lessons learned 2002-2008, for DIA and ODNI. Dr. Fermoselle has taught Intelligence Analysis as an Adjunct Professor in the Criminology Department of George Mason University. He works as a contractor at INSCOM. Dr. Fermoselle's experience in counterterrorism includes several years of experience in clandestine operations in support of national security and law enforcement. His assessment of rideshare in general, and Uber in particular, is a departure from his regular work, but his experience came in handy to truly understand and describe "Ubering" from the inside.