The Encyclopedic Sourcebook of Satanism (Hardcover) 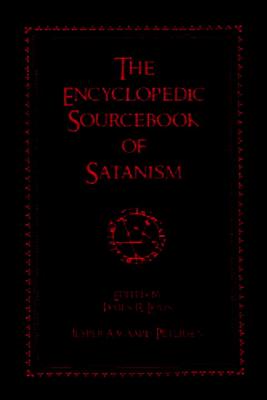 In the public imagination Satanism is associated with bizarre rituals, perverse hedonistic lifestyles, heavy metal music, immature adolescents acting out, horror movies, and rumors of ritual abuse. But what are the facts behind the urban legends and the "moral panics" that periodically sweep the country regarding this countercultural phenomenon? This authoritative reference work gathers together scholarly studies of Satanism and original source material, focusing on two major aspects—organized religious Satanism and the Satanic Ritual Abuse hoax that was prevalent in the 1980s and early 1990s.
The contributors first examine modern Satanism, a decentralized movement whose only coherence is based on certain themes that date back to the writings of Anton Szandor LaVey, especially his Satanic Bible. Among other factors, the authors discuss how the emergence of the Internet as a form of communication has created some coherence among disparate groups through cross-reference.
Many articles are devoted to the Satanic Ritual Abuse scare, an erroneous belief in a vast underground network of Satanists who were abusing children. For years members of the law enforcement community and numerous therapists, encouraged by the hype of mass media, bought into this panic.
Other topics include the role of the media in the perceptions of Satanism and Satanic Ritual Abuse, juvenile delinquency and Satanism, and police pursuit of satanic crime. The volume concludes with primary source material, including a report from the Ritual Abuse Task Force and selections from current Satanism groups.
This objective reference work will be useful for professionals in many fields and members of the public interested in sorting out the facts from the myths surrounding this controversial subculture.

James R. Lewis (Stevens Point, WI), a world-recognized authority on nontraditional religions, is a lecturer in religious studies at the University of Wisconsin, Stevens Point, and an adjunct assistant professor of philosophy at the University of Wisconsin, Milwaukee. He is the author or editor of more than 20 books, including The Encyclopedic Sourcebook of New Age Religions; The Encyclopedic Sourcebook of UFO Religions; Odd Gods; Doomsday Prophecies; and The Encyclopedia of Cults, Sects, and New Religions.

Jesper Aagaard Petersen (Copenhagen, Denmark) is a lecturer at Rødovre Gymnasium and the University of Copenhagen and the editor (with James R. Lewis) of Controversial New Religions.