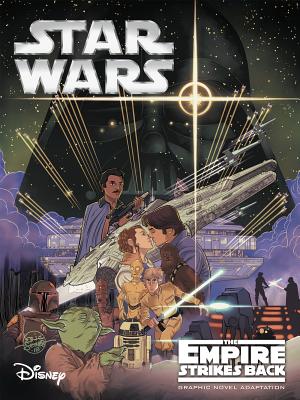 In the newest Star Wars graphic novel adaptation, our heroes face new dangers, shocking secrets, temptation, and betrayal in an episode that defines the series.

Faithfully bringing events from the film to the comics page, read along as Luke Skywalker confronts the legacy of the Jedi; Han, Leia, and Chewie struggle to evade the Empire, encountering danger at every turn; and Vader pursues the Rebellion with greater determination than ever before. Plus, emerges from the shadows a certain 900-year-old Jedi Master does.

Like the other Star Wars Graphic Novel Adaptations, The Empire Strikes Back combines the epic wonder of a galaxy far, far away with streamlined, young-reader friendly designs, making this a visual treat for longtime fans and a great introduction for newcomers.