The Rage of Achilles (Hardcover) 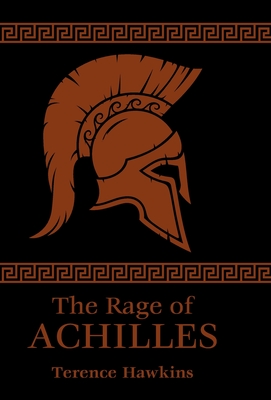 "We know what will happen to Achilles, and it can't change: but seen through Hawkins' eyes, the story will be new and grippingly real to readers of this age."-John Crowley, World Fantasy Award Winner and author of Ka and Little, Big

In The Rage of Achilles, Terence Hawkins re-imagines the Iliad as a novel and a Trojan War that really happened. Though he adopts Homer's characters, those fabled warriors are no more noble than the scared, tired grunts they command, exhausted and bitter after ten years of brutal Bronze Age warfare. And however savage the fighting, over all hangs the terrible truth that the objective of combat is not glory, but the enslavement of the defeated.

This realism extends to the gods themselves. Informed by Julian Jaynes' groundbreaking theory of the bicameral mind-the basis of HBO's "Westworld"-The Rage of Achilles takes place in a world in which the modern human consciousness struggles painfully to be born. The gods are only the hallucinations of men and women desperate to be told what to do in a terrifying and confusing world.

Told in taut, elegant prose that captures both the Homeric lyric and military grit, The Rage of Achilles is a fast-moving take on literature's foundational epic.