Time's Up: Why Boards Need To Get Diverse Now (Paperback) 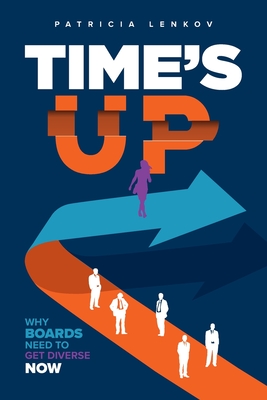 DIVERSITY MUST BEGIN AT THE TOP.+

Underrepresented ethnic and racial groups make up 40 percent of the US population but just 12.5 percent of board directors. Sadly, this is not a statistic from a bygone era. This is 2021.

Recently, various protests and movements have called attention to the lack of equality in the United States. And while much progress has been made, it's become clear that more can be done, both in our communities and in the workplace.

With Time's Up, executive recruiter Patricia Lenkov shines a light on an issue that's plagued corporations for years-the "pale, male, and stale boardroom." Supported with an abundance of research, she shows how women and minorities are consistently underrepresented on executive teams. Consumers and employees are demanding boards who can represent them, and organizations that fail to adapt could be left in the dust. But this isn't just a recent push spurred on by the #MeToo movement. Diverse boards have actually been proven to make better decisions and lead to increased company performance.

So what are you waiting for? Time's up.