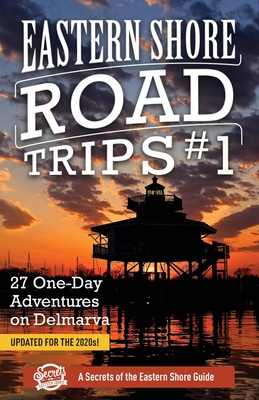 Newly updated & expanded for the 2020s Much more than a traditional travel guide, "Eastern Shore Road Trips #1" is full of tales from days gone by and insights into the character and culture of the storied Delmarva Peninsula. Join award-winning writer Jim Duffy on 27 fun excursions along the back roads, into the quaint towns, and out to the sweetest scenes and sandiest beaches on the Eastern Shore of Maryland, the Eastern Shore of Virginia, and in Delaware.

Whether you're a road tripper or an armchair traveler, you'll gain a fresh sense along the way for what makes this legendary place an American treasure of the first order. The book became an instant classic upon its initial release in 2016, ranking as a best seller in the regional travel and history categories. It has now been updated with orientation maps, new recommendations, fresh historical anecdotes, and two bonus trips. Author Jim Duffy is the founder of Secrets of the Eastern Shore website and Facebook page, which rank as the go-to sources for travel tips and interesting stories about the Eastern Shore of Maryland, the Eastern Shore of Virginia, and Delaware.