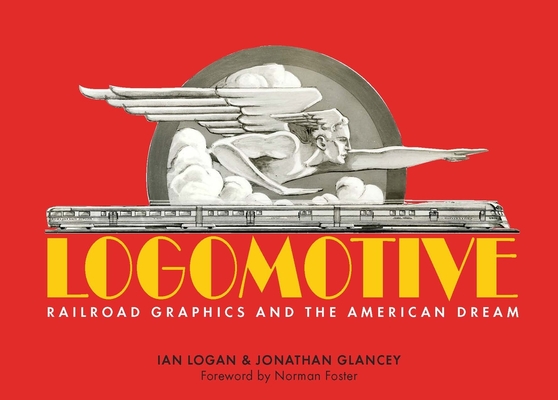 Ian Logan fell in love with American railroads back in the 1950s. Inspired by the songs of folk and Motown, he set off to see the places, the trains, the locomotives, and the everyday life of the first machine-powered transportation system on the North American continent. A designer of fabrics, tin, and enamelware, Ian Logan was fascinated by the typography and graphics of the railroad companies. In the 1960s and 1970s he made scores of journeys recording the insignia, the logos, the slogans, and livery of railroad companies big and small, East and West coast and transcontinental. He even created designs for them. In Logomotive, Ian Logan's photographs are assembled into chapters and picture essays recalling the great days of lines such as the Santa Fe, the Union Pacific, and the Kansas City Southern. One of his journeys is presented as a travelogue in which he meets the Fat Controller, gets to sound the horn, and wanders into freight yards to see the last generation of streamline locomotives rusting amid the weeds. Animal motifs, Native American allusions, advertising slogans, names of famous trains such as the Super Chief and the Wabash Cannonball provide the subject matter for other picture features. When Ian Logan embarked on his journeys the passenger railway system was already declining under competition from the auto mobile and the plane. He was just in time to capture a vanishing world. Construction workers were demolishing the Southern Pacific railroad depot in San Francisco while he photographed it. Here is a once-in-a-lifetime glimpse into the past, preserved on film by the enthusiasm of a designer who knows a good graphic when he sees one. In the accompanying text, the eminent design commentator Jonathan Glancey explores the distinctive visual language of the US railroads, reveling in its gritty dynamism.

Ian Logan is a designer of fabrics, tin, and enamelware. In the 1960s and 1970s he made hundreds of rail journeys, recording the insignia, the logos, the slogans, and livery of railroad companies big and small, East and West coast and transcontinental. He even created designs for them. Jonathan Glancey, FRIBA is an architectural critic and writer who was the architecture and design editor at the Guardian, a position he held from 1997 to February 2012. He is an honorary fellow of the Royal Institute of British Architects, RIBA.

"A beautifully produced compendium of railroad design....aimed at a general audience....the book serves as an authoritative overview of the high tide of railroad design, written by professionals who really know their business." —Kevin P. Keefe, Railroad Heritage Magazine