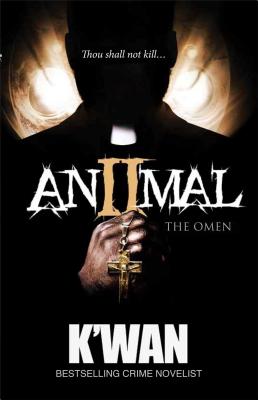 In this second, bloody installment in the Animal saga, secrets are revealed, sides are chosen, and bodies are dropped—it's on!

The man ordered to take Animal from the world turns out to be the man who brought him into it. Animal finds himself torn between his hatred for the father who had abandoned him and the man who had taken everything from him. An uneasy truce is formed between father and son to take down a common enemy and finally grant Animal his freedom from the blood debt he's carried for so many years. But when the ghosts of Animal's past catch up with him, he learns that nothing is what it seems, and everything is subject to corruption—even his love for Gucci.

K’wan is the #1 bestselling author of Welfare Wifeys, Section 8, Gutter, Still Hood, Hood Rat, Eve, Hoodlum, Street Dreams, Gangsta, Road Dawgz and now Animal. Animal was chosen as one of the five Best Books of 2012 and the starred pick of the month for October on Library Journal. K’wan has also been featured in Time, King, The New York Press, and on MTV and BET. K’wan currently resides in New Jersey where he is working on his next novel.