The Male Homosexual in Literature: A Bibliography Supplement (Paperback) 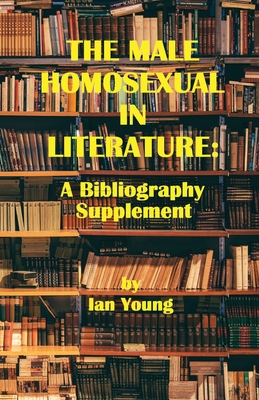 The present supplement includes titles overlooked in the Bibliography Second Edition, plus works written before the 1981 cut-off date but published later, including works published for the first time in book form such as the original text of Oscar Wilde's The Picture of Dorian Gray, posthumous works (the diaries of Christopher Isherwood and Joe Orton), unexpurgated editions (James Jones' From Here to Eternity), and newly translated classics (e.g. Marcilio Ficino's Alcibiades the Schoolboy; the letters of Marcus Aurelius; John Henry Mackay's novel Fenny Skaller). The current study should be regarded not as a separate work but rather as a second, supplementary volume containing additional material. The two volumes together constitute a preliminary guide to classic (i.e. pre-1980's, pre-AIDS) gay and bisexual male literature.

Ian Young is a Canadian collector, publisher and chronicler of gay literature. He is the author of annotated bibliographies The AIDS Dissidents and The AIDS Dissidents 1993-2000. His other books include Encounters with Authors, Sex Magick, Out in Paperback, The Stonewall Experiment and London Skin & Bones.