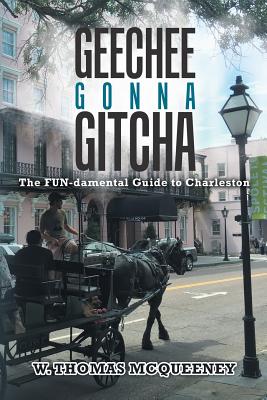 W. Thomas McQueeney is a native Charlestonian and graduate of The Citadel. He has written seven books in genres to include historical, contemporary, and biographical subjects in addition to literary humor. His Pilgrimages, Passages, and Voyages columns have given rise to his reputation as a Lowcountry humorist. He is self-described as the Poet of the Pluff Mud. McQueeneys lifetime of service to others includes board membership to the Medical University of South Carolina Childrens Hospital Development Board, the American Cancer Society, the American Heart Association, Our Lady of Mercy Community Outreach, Coastal Council of Explorer Scouts, Patriots Point Maritime Museum Foundation, Bon Secours St. Francis Hospital, The Hibernian Foundation, The Citadel Brigadier Memorial Fund, The Citadel Foundation, the Charleston Metro Sports Council, and the South Carolina Athletic Hall of Fame. He has been elected by the South Carolina Legislature to serve on The Citadel Board of Visitors. He served as Chairman of the Medal of Honor Bowl (NCAA Football), and the Southern Conference Basketball Championships. He also chaired the Johnson Hagood Stadium Revitalization Project, a $44.5 million fundraising effort. He is chairman and founder of Santas Kind Intentions, Inc. He also served as Grand Knight of Knights of Columbus Council 704 and as Chairman of the K of C Turkey Day Run, the largest 5-k race in the state of South Carolina. McQueeney served as President of the South Carolina Athletic Hall of Fame, is an Honorary Member of The Citadel Athletic Hall of Fame, a recipient of the Southern Conference Distinguished Service Award, and the T. Ashton Phillips Community Service Award. He is married and has four children and four grandchildren. He is a recipient of the Order of the Palmetto, the highest award conferred upon a citizen of the State of South Carolina.