Join us at Hops on the Hill for an author talk and Q&A with Dirtbag, Massachusetts author Isaac Fitzgerald. on September 16th at 6pm!  Isaac will be in conversation with essayist Jamie Green, and this is sure to be a discussion for the books!

“The best of what memoir can accomplish . . . pulling no punches on the path to truth, but it always finds the capacity for grace and joy.” —Esquire, "Best Memoirs of the Year"

A TIME Best Book of the Summer * A Rolling Stone Top Culture Pick * A Publishers Weekly Best Memoir of the Season * A Buzzfeed Book Pick * A Goodreads Readers' Most Anticipated Book * A Chicago Tribune Book Pick * A Boston.com Book You Should Read * A Los Angeles Times Book to Add to Your Reading List

Isaac Fitzgerald has lived many lives. He's been an altar boy, a bartender, a fat kid, a smuggler, a biker, a prince of New England. But before all that, he was a bomb that exploded his parents’ lives—or so he was told. In Dirtbag, Massachusetts, Fitzgerald, with warmth and humor, recounts his ongoing search for forgiveness, a more far-reaching vision of masculinity, and a more expansive definition of family and self.

Fitzgerald’s memoir-in-essays begins with a childhood that moves at breakneck speed from safety to violence, recounting an extraordinary pilgrimage through trauma to self-understanding and, ultimately, acceptance. From growing up in a Boston homeless shelter to bartending in San Francisco, from smuggling medical supplies into Burma to his lifelong struggle to make peace with his body, Fitzgerald strives to take control of his own story: one that aims to put aside anger, isolation, and entitlement to embrace the idea that one can be generous to oneself by being generous to others.

Gritty and clear-eyed, loud-hearted and beautiful, Dirtbag, Massachusetts is a rollicking book that might also be a lifeline.

Isaac Fitzgerald appears frequently on The Today Show and is the author of the bestselling children's book How to Be a Pirate as well as the co-author of Pen & Ink and Knives & Ink (winner of an IACP Award). His writing has appeared in the New York Times, the Guardian, the Best American Nonrequired Reading, and numerous other publications. He lives in Brooklyn. 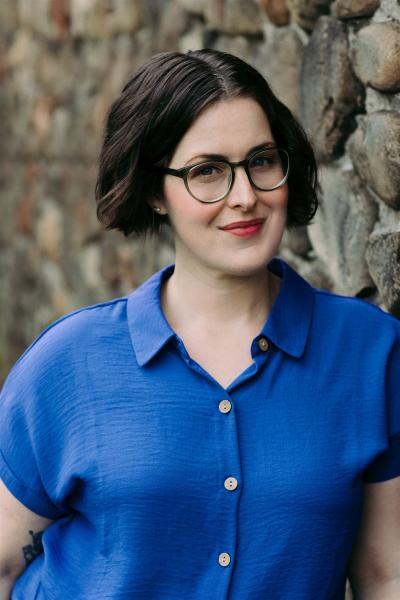 Jaime Green is an essayist, science writer, editor, and teacher, and she is series editor of The Best American Science and Nature Writing. Her writing has appeared in The New York Times Book Review, BuzzFeed, Slate, Backstage, GQ.com, and elsewhere. Her book, The Possibility of Life, about how we imagine aliens in science and science fiction, will be published next year. Preorder signed or personalized copies with River Bend now!

How to Be a Pirate (Hardcover)

Knives & Ink: Chefs and the Stories Behind Their Tattoos (with Recipes) (Hardcover)

Pen & Ink: Tattoos and the Stories Behind Them (Hardcover)